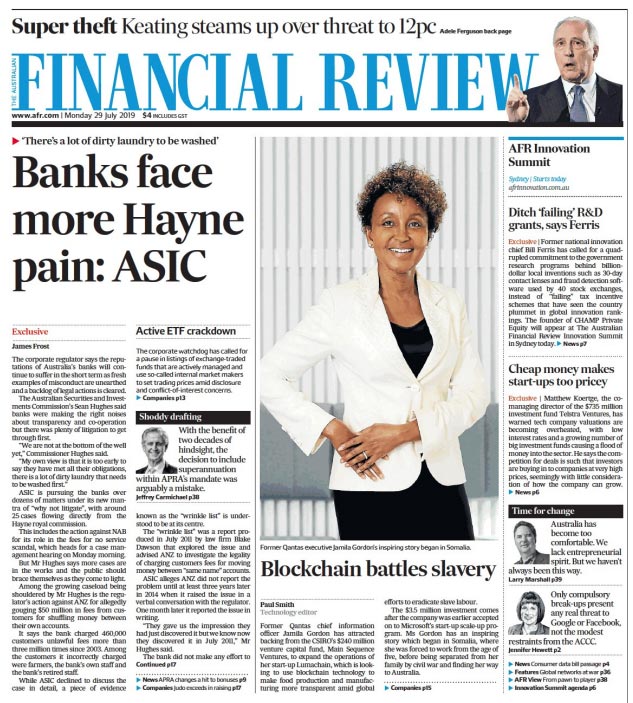 Former Qantas chief information officer Jamila Gordon has attracted backing from the CSIRO’s $240 million venture capital fund Main Sequence Ventures, to expand the operations of her start-up Lumachain, which is looking to use blockchain technology to make food production and manufacturing more transparent amid global efforts to eradicate slave labour.

The $3.5 million investment comes after the company was earlier accepted on to the start-up scale-up program of US tech giant Microsoft, and will be used to hire staff and begin plans to expand operations overseas.

“At present, this space is wide open. It’s such an enormous global market, with no established leader. In terms of competitors, we see a mix of legacy software businesses trying to find new revenue streams and niche-focused start-ups, such as track and trace in the fish or pharmaceutical industries,”

“Slavery is becoming a major issue in supply chains, both here and overseas. Australia passed the Modern Slavery Act in 2018, and this is part of a global trend, where both enterprises and consumers want certainty that products have been ethically and sustainably sourced.”